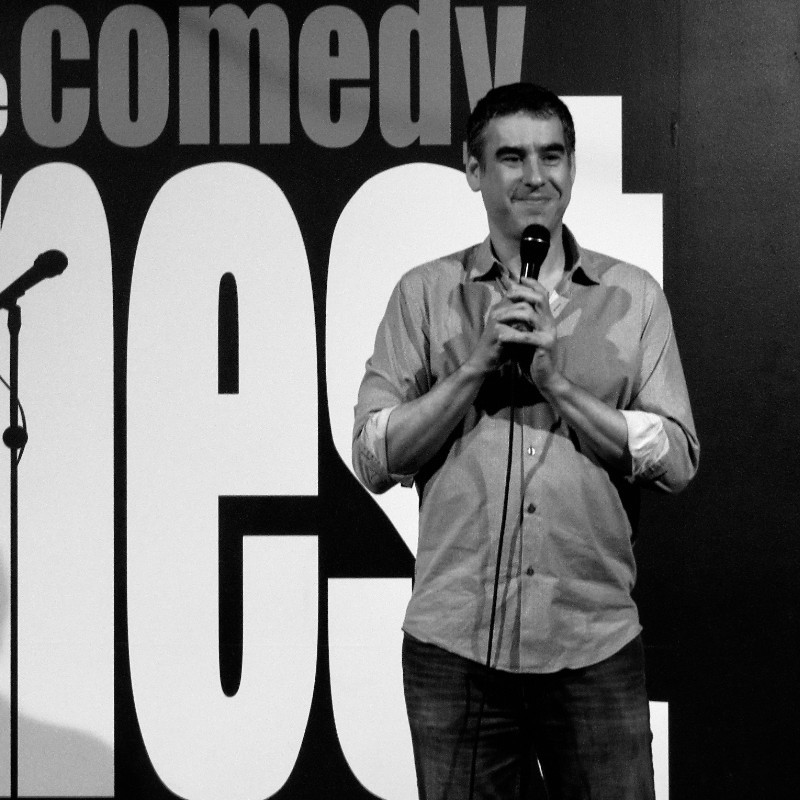 What can a stand up comic teach SaaS sales reps about creative prospecting? A lot around clear communication and getting to the point. Your prospects don’t want the long, drawn out spiel. They want to know how you can help them and that you’re not just carbon copying the same email pitch or cold call script without having done any research. Jon Selig helps sales reps craft the ultimate "cold opener" that will get your prospects to engage with you. No joke, he’ll provide a framework to help you do the same during this Aspireship Live!.

Jon Selig shows sales professionals how to better understand their buyers and relevance to them through the process of writing jokes. He's far less serious in person than his copywriting leads you believe.

Jon received his BComm & MBA followed by a 12 year career selling technology (mainly for Oracle & an Oracle partner). In 2011, his career took a sharp left-turn and he started performing stand-up comedy in hopes of fulfilling a lifelong dream - to never sell technology again. Since then, he's performed at JFL Zoofest, The Comedy Nest's Young Guns of Comedy, and has also appeared in a segment on The Daily Show. He still can't tell you what databases do.

Join live SaaS sales classes. Engage with your peers and industry experts in an interactive environment.