There are now thousands of aspiring (and current) SaaS sales professionals learning on the Aspireship platform.

Hundreds have graduated and earned the opportunity to be showcased to hiring partners.

Dozens of companies are hiring candidates who were otherwise overlooked because of their background, and now set the bar at the company for ramp time, productivity and culture fit.

How did we get here? Let’s take a step back.

I started a SaaS company in 2014 that was acquired by a larger startup in our first year, when we had just 5 people on the team.

Less than three years later, we sold to a public company with 2,000 employees. By the end of the first year after that second acquisition, my little 5 year-old startup had grown to over 10,000 customers.

Along the way, dozens of smart, motivated people from inside and outside the company started approaching me each month, asking for guidance on how they could pivot their careers. Many wanted to change departments, such as moving from customer support to sales, while others wanted to make the switch from sales in other industries into the fast-growing world of SaaS.

I heard over and over again, “No one will give me a chance because I don’t have years of experience on my resume doing the exact job in the exact industry. I feel stuck and there doesn’t seem to be a clear path forward.”

At the same time, our company faced a consistent people challenge. To reach our growth goals, we needed to add new sales people every quarter and backfill anyone we couldn’t perform or left for other reasons, which happened all the time. It felt like being on a hiring hamster wheel that never stopped.

Hiring people primarily because they had done a very similar job in the past.

Hiring smart people who were coachable, loved to learn and really wanted the job.

On A Mission To Create Change

Our entire system of hiring is based on the idea that we need to hire people with a resume that covers all the bullets in a job description.

How could we possibly fix such a deep rooted problem?

If we could teach people how to do the job while measuring their motivation, coachability and skills, while also giving them an opportunity to prove themselves to companies, we could show businesses that hiring could be done in an entirely new way that works for everyone.

It’s working. It’s repeatable. It’s going to change the way careers are made and how great companies grow. 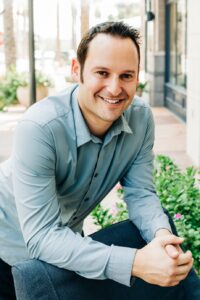